Please join us in welcoming John Sullivan to our Board of Directors. John J. Sullivan is the Director of Legislative Affairs for Broward County Public Schools, handling the state and federal policy issues for the District. Sullivan enlisted in the army in 2002, and served as an enlisted infantry soldier in Iraq and Afghanistan. After his service in the Army, he 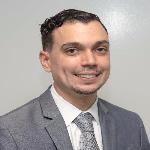 began his career as an intern for then-Florida House Representative Marco Rubio. He continued his career in education advocacy, as an advocate for public education.

Sullivan grew up in South Florida and received his Master’s of Public Administration and Bachelor’s degrees from Florida International University. John enjoys traveling with his partner, spending time with his dog, and exploring his community.