In Memory Of Jerry Stetson

The Victory Living Programs family is saddened by the recent death of a very important member of our family, our long-time volunteer, friend and supporter Jerry Stetson. Through his unwavering efforts for over 30 years, he became an integral part of our lives. 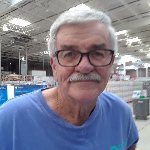 From helping to build our vegetable garden for the ADT/Community Inclusion Program, to serving as an assistant coach on our basketball, softball and soccer teams, Jerry was involved in nearly every aspect of Victory Living Programs.  The BBQs and picnics that he and his friends threw for “the guys” were always a favorite. Perhaps one of our most memorable experiences with Jerry was when he traveled with us to Iowa for the national games in 2005,” said Bobbi Wigand, Executive Director.  “He and his wife Sue were selfless in the many ways they gave back to our organization and never sought credit or recognition – just the satisfaction of putting a smile on our clients’ faces and knowing that no one did without.

Jerry’s legacy in the VLP family will live on through his son Jay and son-in-law Michael Gennett, as well as his grandsons Jay is a long-time client in the supported living program and the social recreational program, Michael serves as Secretary of  our Board of Directors and his grandsons volunteer with our Special Olympics Teams.

“It is safe to say that Jerry’s spirit and humor will forever remain in the fabric that binds this organization together,” said Wigand. “He will be forever missed”.